Started in 2017 by Louth brothers Micheal and John McKeown, Carpe Omnia burst onto the market providing the perfect product for people with bigger leg muscles.

Michael (27), a graphic designer with a degree in multimedia, and brother John (25), whose background is in pharmaceuticals, struggled to find jeans that fit their legs, having spent many years playing Gaelic Football and soccer, and as a result developed large leg muscles.

“We decided to come together two years ago after we spotted a bit of a gap in the market for skinny fit jeans,” says Micheal. “John and I both play football and we both have quite big leg muscles, particularly in our quads, and we felt there wasn’t really any products out there that suited us, and we knew there had to be others in the same boat.”

After finishing college, Michael worked with his dad, a web developer, and used that experience to get the business off the ground, while John worked in retail during his time in college and developed a deep understanding of the industry and dealing with customers.

While working with his dad, Michael accepted a role with Three Ireland but says he quickly realised that it wasn’t for him. “I was with Three until we went full-time with the business in April 2019, and I just knew it wasn’t for me – it didn’t motivate me, and John was the same. It just wasn’t working for us, so we needed to do something that we were passionate about. We always knew we wanted to work for ourselves and follow in our dad’s footsteps.”

Going into business with a sibling can bring about its advantages and disadvantages says Michael, but he sees it being “mostly positive”.

“We both come from very different backgrounds which has had a really positive impact on the business, so our skills go hand-in-hand. It’s great that we can be brutally honest with each other and it won’t affect our relationship.

“But at the same time, we live together so sometimes it can be hard to switch off because we often find ourselves talking about the business in our spare time. It’s something we have to work on because it can’t take over our entire lives’,” he admits. 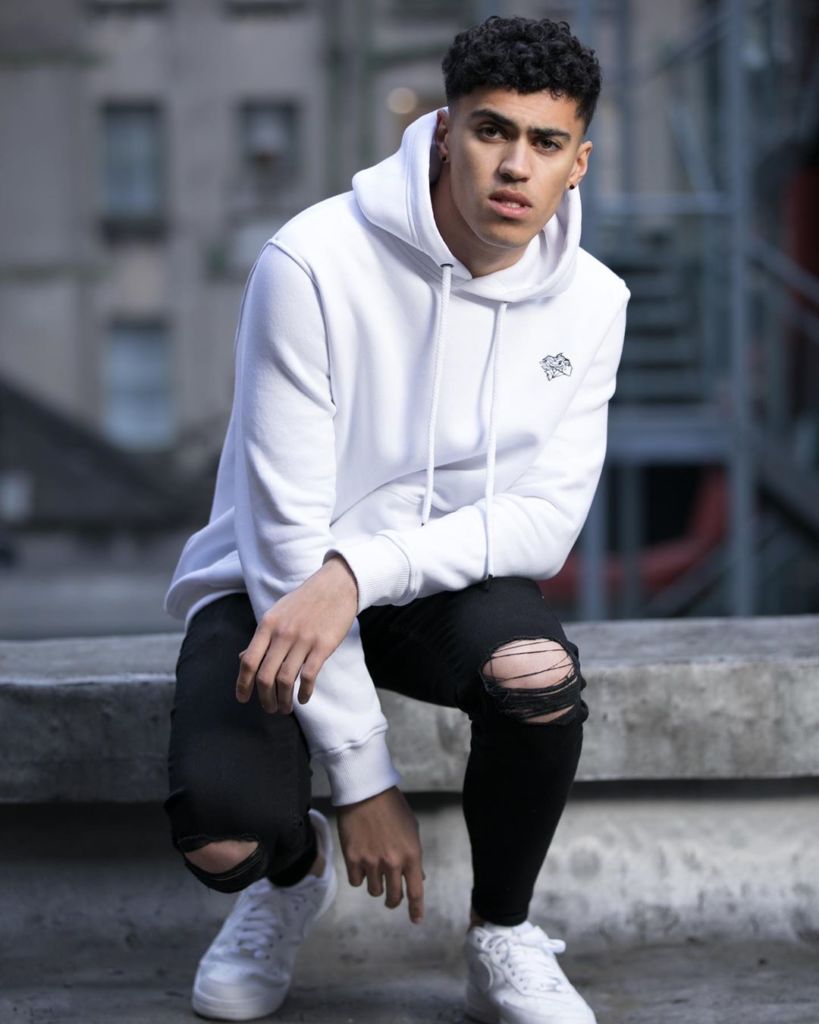 Carpe Omnia, which is the Latin for ‘seize it all’, was started with the aid of a personal loan and John selling his car, which was “enough to get us up and running”. After this, the two began researching manufacturers that could fulfil their needs.

“We emailed a bunch of different manufacturers and two came back to us and after testing samples, we chose the one we wanted to go with. Once we were happy, we put in an order for 400 pairs of jeans and that was the beginning.

“The next challenge for us was getting the product sold. We thought they would sell straight away but it was much more difficult that we imagined. It probably took six months before they began to properly sell. We thought we’d use a few influencers to promote the jeans and they’d fly off the shelf, but it wasn’t the case at all, said Michael.

Social media has been hugely important to Carpe Omnia’s growth, and while the brothers used influencers to get the brand out there initially, they have since found better ways to target customers. “Influencer marketing is a very unique concept but it’s not as powerful as it once was. Influencers tend to have a huge following and by using them, it generates sales, and adds credibility to the brand, but it’s slowly easing off.

“Just before Christmas, we started social media ads and we have seen excellent results in that short time, but to do it effectively, you have to be creative. We brought in one of the best videographers in Ireland and we shot a video and it resulted in a really high-quality video which generated a lot of business,” he added.

In 2019, the company reached six-figure sales which “blew all targets out of the water”, selling all over the world with Holland, Canada, Australia and the USA being some of the most popular destinations.

The brothers are now living in Liverpool, a city with close family connections as it’s where their father was born, and they still have family living there, but Michael believes their long-term future is in Ireland, and that the move to Liverpool was for a “temporary change of scenery”.

“I think we’ll come back to Ireland, because at the end of the day, Ireland is home. We’re fortunate in that we have family here in Liverpool, so we can go back and forth no problem. We’ve just been putting all our time and effort into the business because there are no distrations over here.”

“The market is controlled by British companies, so for us being Irish, it could open up new doors for us”

Being a company that has a significantly large customer base in the UK, and particular now that the brothers are both living in Liverpool, Michael had an interesting take on the impact Brexit may have on the company, saying it’s something he is “watching closely”, but isn’t concerned by it, as he believes being an Irish company could be an important factor in a market dominated by UK companies.

“It’s not something that keeps me awake at night – if anything it could present an opportunity. The market is controlled by British companies, so for us being Irish, it could open up new doors for us,” said the 27-year-old.

Both Michael and John are jetting off to LA next week to shoot video content which will include new products and support the company’s growth in 2020. “We are well-known for our jeans, but we want to become a more established brand. We’ve expanded our range to t-shirts and hoodies, and we’re bringing shorts out soon. This year is all about our brand and building for the future,” he finished.

You can follow Carpe Omnia’s progression on their social channels @CarpeOmniaLifestyle or you can visit their website here.

Is remote working the answer to rising housing costs?

Chatbots of the future present huge opportunities for companies