Ireland could lose a generation of start-ups, the Irish Venture Capital Association has warned, as venture capital funding deals under €5m have plummeted 40pc.

While on the face of it venture capital funding to Irish tech firms was up 16pc to €228.9m in the first quarter, the figures disguise a series threat by Covid-19 to SME funding this year, according to the latest IVCA Q1 figures published in association with William Fry.

If anything the figures indicate that venture funding for tech start-ups in Ireland was already beginning to wane prior to Covid-19.

“Without further Government intervention, our fear is that Covid-19 will act like a hard frost which will wipe out the majority of Irish seed companies”

“The overall figures were distorted by a €98m funding round by ALX Oncology early in the quarter which was the largest single deal since 2018,” commented Neil McGowan, chair, IVCA.

“When you drill down into the results, there has been a collapse of over 40pc in funding in the under €5m range. This is all the more alarming as the impact of Covid-19 on funding did not fully arise until mid-quarter.”

“The Government is to be complimented on its rapid response to Covid-19 in terms of wage support,” McGowan continued.

“We fully appreciate that there are exceptional demands on Government resources which are finite. Our concern is that without additional capital support for early and later stage SMEs themselves, there may not be sufficient companies left standing for employees to return to.”

He added that the acceptance criteria of the recently announced €180m Sustaining Enterprise Fund which relates to firms employing 10 people or more and have a proven decline in revenues excluded pre revenue venture capital backed start-ups, while innovation criteria in the SBCI Covid-19 Scheme precludes many SMEs in more traditional sectors.

“Many of the most promising innovative companies have limited or no revenues or profits in the early years and employ less than 10 people.”

The survey indicated Irish start-ups have an average cashflow runway of between three and six months before they run out of cash.

A hard frost is coming for early stage SMEs 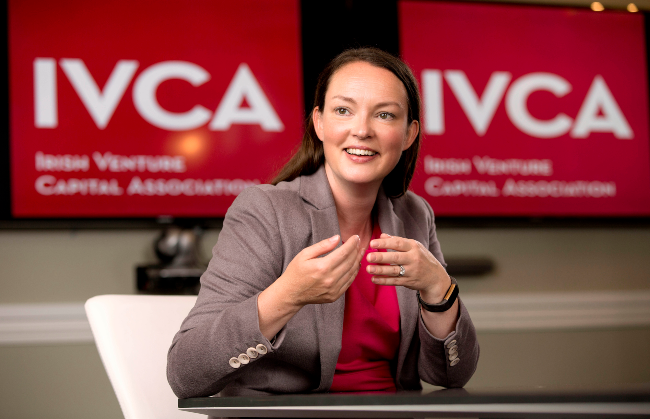 “There is a real danger that we will lose a generation of innovative Irish start-ups,” warned Sarah-Jane Larkin, director-general of the IVCA.

“If there was ever a time for an initiative to mobilise additional private capital to Irish funds, this is it”

“Without further Government intervention, our fear is that Covid-19 will act like a hard frost which will wipe out the majority of Irish seed companies.”

She said that the Government should look at other schemes introduced in countries like France which has announced a wide-ranging level of supports including the provision for pre revenue start-ups to borrow two years of payroll.

Larkin added: “A recent sentiment survey of our members found that funding overall in 2020 to Irish SMEs could fall by up to 50pc depending on the length of the crisis.”

She said that over the years the IVCA has urged a number of innovations designed to reduce Ireland’s dependence on FDI and grow an indigenous knowledge-based economy.

These have included encouragement of pension fund investment; implementation of a “fund of funds” and a mechanism to enable multinationals to put something back into the local economy.

“If there was ever a time for an initiative to mobilise additional private capital to Irish funds, this is it,” she said.