Ahead of International Women’s Day, financial literacy expert Frank Conway from Moneywhizz emphasises how unequal pay, promotions and pensions are undermining the Financial Wellbeing of women.

This being the week of International Women’s Day (8 March), I thought I would take a closer examination of women’s Financial Wellbeing and the core issues that impact it.

For women, Financial Wellbeing has a particular importance considering the fact that on average, women live longer than men and as a result, will need to have more financial resources if they wish to maintain a particular quality of life.

But events are often stacked against women in Ireland.

Lower pay from the start, even those with higher educational attainment

A really interesting study by the Higher Education Authority here in Ireland tracked the earnings of tens of thousands of graduates who left college in Ireland between 2010 and 2017.

Male graduates earn more, right from the start. Just one year after leaving college, female graduates can expect to earn €14 less each week. After eight years the gap widens to €130 a week.

CSO figures reveal 8pc more women than men are qualified with a third level education. And once in college, they generally outperform men. Despite this, men are paid more per hour than women. Some reasoning put forward for the gap is the choice of field of study; men are more likely to opt for more sought-after higher-earning courses such as ICT and engineering. More women opt for lower-earning areas such as preschool teaching.

However, based on the HEA analysis, adjusting for course choices and then comparing men and women who completed the same courses, there is still a gap in earnings of about 3 per cent.

Doing right by family can mean your career takes a hit

The cost and availability of childcare in Ireland poses a big problem for all families. For many women, taking time out of work to care for a child often results in stunted career progression.

According to an Ibec report, Ireland has one of the lowest female employment rates. Between the typical childbearing years of 29-39, there is a permanent drop-off in the female participation rate.

Ireland has the fourth-highest unmet need for formal childcare across 11 countries, according to the Irish Human Rights Equality commission. This in turn leads to women doing more unpaid work (care time and housework) than men. In Ireland, the gap is 16 hours, one of the highest in Europe. This compounds an already unfair work and compensation environment for women in Ireland.

Additionally, women tend to work fewer hours as a result of excessive childcare costs, a fact supported by research carried out by the ESRI and Pobal.

For lone parents, childcare costs exacerbate the pay and work dilemma and acts as a barrier to employment. According to the ESRI, a 10 per cent increase in childcare costs results in a 30-minute reduction in paid work per week.

From work to retirement, the gap continues

With both income and employment odds stacked them; the money gap follows women all the way through into retirement. As a result of lower pay, truncated careers and shorter working lives, the financial shortfalls in retirement are significant.

In 2018, Government set about to review the anomaly, and indicated that it would cost €55m to fix it. A’ new approach’ meant that pensions would be calculated differently, and that up to 20 years of a new HomeCaring credit would be included (to register for the HomeMakers Scheme – Read more HERE).

According to the Department of Employment Affairs & Social Protection, by mid-2019, around 90,000 pensioners were having their documentation reviewed. Of that figure, some 77,193 reviews had been completed. However, only 32,307 pensioners had received an increase in their pension. This means that a significant number will still be caught short of income in retirement. For some, a full State pension may have been all they would have relied on for their own Financial Wellbeing in retirement.

Important steps women can take to protect their Financial Wellbeing

If your employer offers a workplace pension (aka occupational pension scheme) sign up to it as soon as you can. What is especially important to remember is that the sooner you sign up for a company pension, the sooner you can put the power of ‘compounding’ to work for your own financial well-being. This is the real secret to building long-term financial security.

The only difference is that it will be up to the employer whether or not they make contributions to your PRSA. What is also important to remember is that employers are required by law to facilitate employees that wish to set-up a PRSA. They must allow time to meet with a financial adviser, this can be onsite or elsewhere. They must also ensure any contributions are deducted from employees pay via payroll deduction.

If you ever worked outside of Ireland

Make sure to notify the Department of Social Protection in advance of your retirement date in the event you may have earned ‘credits’ in another country. So, while you may not have a record of meeting the maximum required credit to claim a full contributory pension in Ireland, where you worked abroad and can document it, this means the Irish authorities will combine the credits from abroad with any Irish credits meaning you should be able to close any employment gaps. 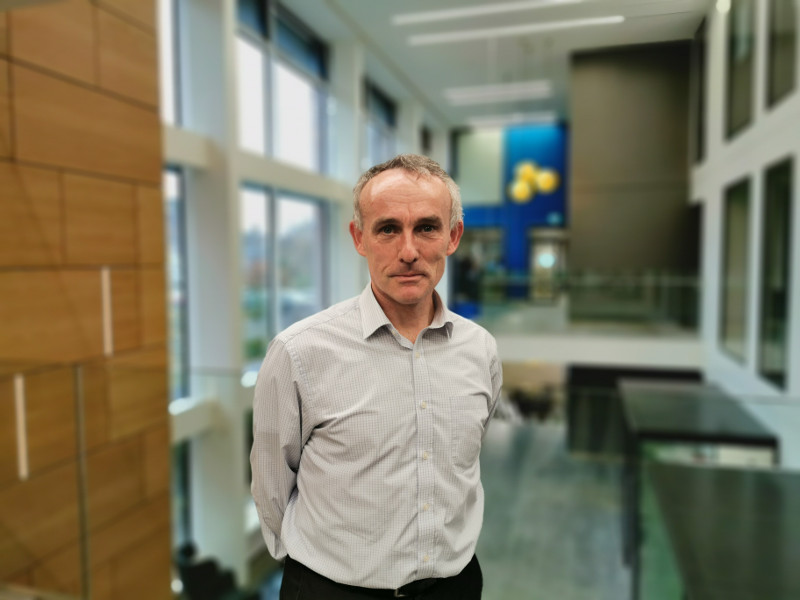 Frank Conway collaborates with Bank of Ireland on Financial Wellbeing and promoting financial literacy. He is a qualified financial adviser, founder of MoneyWhizz and chair of the Price Monitoring Group at the Department of Communications, Climate Action and Environment.