As well as taking on the global challenge of medication errors for patients – a $42bn a year problem – Leonora O’Brien’s PharmaPod will play a leading role in safely driving Covid-19 vaccinations worldwide.

While working in the pharmacy industry, Leonora O’Brien saw that medication errors were a common and preventable issue, some of which led to the deaths of patients.

“When I came to Going for Growth, I thought ‘I have found my tribe’. To be surrounded by people with such ambition and work proactively towards make their dreams become reality really drives you on”

This led her to develop a cloud-based platform to reduce medication errors for patients and, in 2012, Pharmapod was launched. Pharmapod enables healthcare professionals to record, review and analyse patient safety incidents quickly and securely.

No room for error 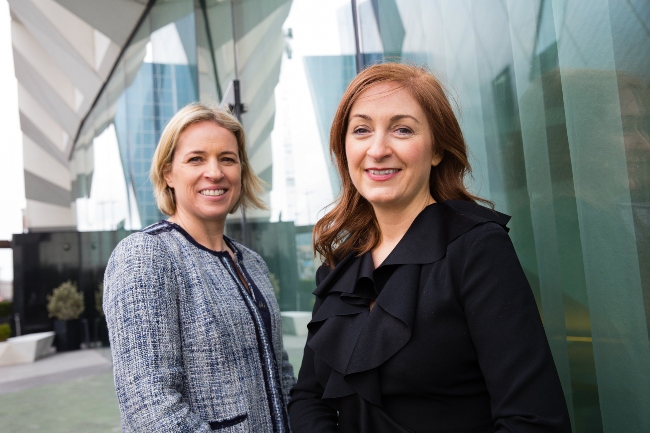 “We have become a go-to place for data,” O’Brien says. “Prior to our platform being developed, a lot of knowledge gained about errors would often stay locked within individual pharmacies. A doctor might learn from a mistake, as might a pharmacist, but it normally wouldn’t go beyond this.

“Now, healthcare professionals have a way to share information and better monitor risks in a way that also greatly improves transparency,” says O’Brien.

Pharmapod now also offers Clinical Services through its platform. Pharmacies use the system for services such as the Flu Vaccination, Emergency Hormonal Contraception and Diabetes Management.

PharmaPod has adapted this module to optimise provision of the Covid-19 vaccination worldwide. It is launching its COVAX App with support of the International Pharmaceutical Federation, which represents 4m pharmacists internationally.

Prior to setting up Pharmapod, O’Brienhad more than 20 years’ experience working in the industry including as a chief pharmacist at Unicare and as a governance and development consultant for the Pharmaceutical Society of Ireland.

Pharmapod currently employs a team of 30 staff based in Ireland, the UK and Canada with plans to double its headcount.

“Over 60pc of pharmacies in the Canadian market use Pharmapod as their incident management solution. We won the competitive tender run by the pharmacy regulator in Ontario and we are now responsible for the largest patient safety programme of its kind in Canada,” O’Brien.

The company also has significant contracts in the US where it has been federally listed as a Patient Safety Organization (PSO). During the Covid-19 pandemic, Pharmapod launched into the Australian market and now has its sights on New Zealand and The Philippines.

Pharmapod has raised more than €4 million in pre-seed and seed investment from a range of investors and, in 2020, it opened a €3.5 million round to drive international expansion. It also appointed a new manging director, Andy O’Donoghue, formerly of Apple and CEO of iMedDoc.

Leonora was one of eight finalists in the emerging category of the EY Entrepreneur of the Year Award in 2020. She has previously won many awards including the Cartier Women’s Initiative Award for Europe.

Leonora was on the 7th cycle of Going for Growth and was one of the first participants on a pilot Starting Strong table, with Fiona O’Carroll as her lead entrepreneur.

“There were a number of companies at an early stage that were not ready for Going for Growth but we wanted the support that the initiative could give us,” recalls O’Brien. “The organisers were so progressive that they looked at how they could help and support us and so a Starting Strong table was piloted.”

“I had a big vision and the programme looks for people with ambition. It helps you to accelerate your learnings with the support of people who think like you and have that same ambition, drive and energy.”

“Starting and running a business is all-consuming. It’s important you surround yourself with the right people. If people are not in the same position, they don’t understand the effort involved and sometimes they can view it as a lack of balance in your life. So, when I came to Going for Growth, I thought ‘I have found my tribe’. To be surrounded by people with such ambition and work proactively towards make their dreams become reality really drives you on.”

The call is open for applications from female entrepreneurs who would welcome peer support to take their businesses to the next level by taking part in the Going for Growth programme. This is the 13th year of Going for Growth and more than 750 female entrepreneurs have so far taken part in the programme. Sixty places will be available for the 13th cycle of Going for Growth, which will run from January to June 2021 and the deadline for applications is Friday 18 December There is no charge for those selected.

Anyone interested is encouraged to register on the website goingforgrowth.com and a link to the application form will be sent to them.

Druid casts a spell on the global future of 5G