Joseph Mady, a former electrician, used the last recession as a springboard to build a unique and growing consultancy called Digital Construction Technologies that is leading the future of construction through Building Information Modelling (BIM).

“I was a ‘sparks’ and I worked in construction until the Celtic Tiger decided to pack up and leave,” recalls Joseph Mady, who would have seen work dry up in 2008 as the financial crisis hit.

Zoom forward to 2020 and he is the founder of Digital Construction Technologies (DCT), a global consultancy that employs close to 20 building information modelling (BIM) specialists who play a key role in the virtual future of building.

After the recession hit, Mady went back to college where he studied for two degrees; he holds BEng Tech and BSc degrees in Electrical Engineering Services Design and an MSc in Applied Building Information Modelling and Management. He found work as a project manager and soon sparked upon the emerging discipline of BIM which he believes is the foundation upon which all new buildings will be built.

Like Joseph, many of the BIM consultants he works with have worked in the trades and now combine their experience with state-of-the-art hardware and software to design accurate models of buildings virtually before they are physically built and which then play a guiding role in construction projects all the way through their life cycle.

In many ways BIM is now at the heart of the construction industry, which is ironic when you consider a former boss of Mady’s once dismissed BIM as a fad.

Growing the BIM knowledge base 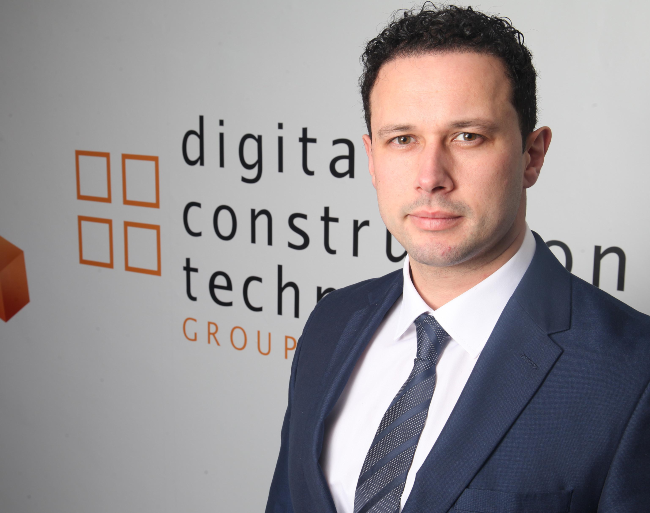 As well as co-running DCT, Joe now lectures in DIT on the basics of BIM and is also a member of the Construction Industry Federation sub-committee.

DCT is working with some of Ireland’s leading projects, including Collen Construction where they developed a ‘BIM Cube’ which empowers Collen to bring collaborative planning and digital coordination right to the workface and to the fingertips of project delivery teams in the field.

“What BIM enables is we virtually create a building before it is physically built and model the mechanical, electrical and plumbing services. We would then work with design consultants and contractors and allow them to go on-site and physically build the building.”

To get a sense of where construction is going, the CEO of CAD (computer aided design) software giant Autodesk explained last year how architects and designers no longer design buildings, they pretty much design systems.

Returning to post-recession Ireland where as a college graduate working as a project manager Mady took an interest in BIM. “I was on the first BIM course at DIT and you could say I never left because I’m lecturing there now. But at first I took up a role as a BIM technician and then became a BIM manager with the Designer Group where I created all of the processes and procedures for the company.”

Recognising that BIM skills and disciplines were in short supply in the construction industry Mady felt it was time to go into businesses. “There was no one else doing it in Ireland at the time and it was a no-brainer for me to start-up.” 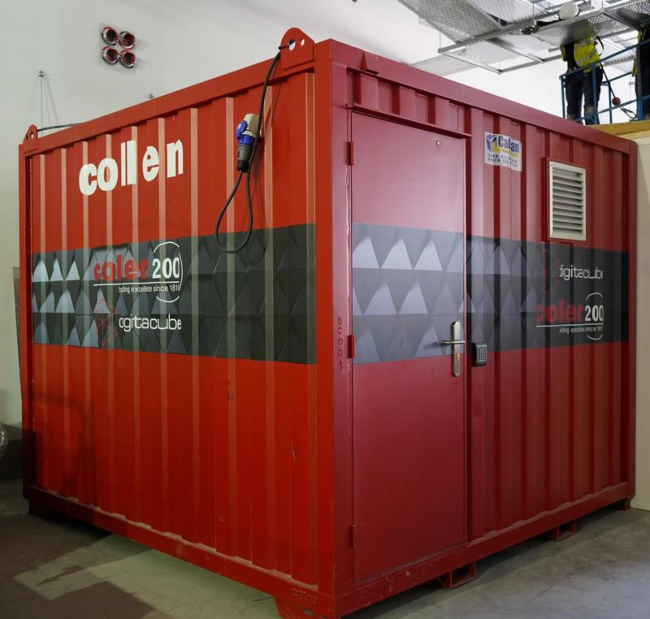 The outside of an on-site BIM platform that DCT has developed with Collen. 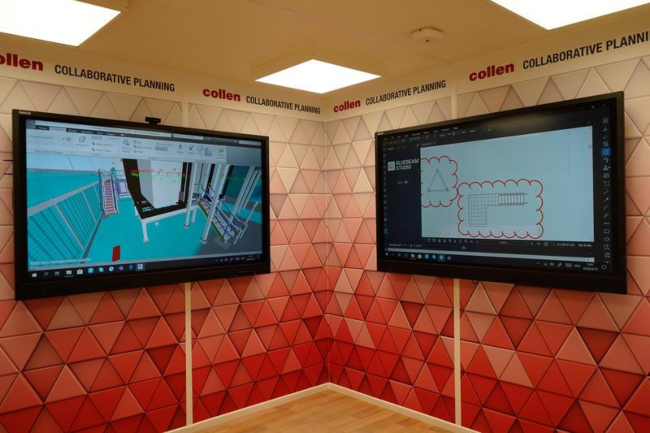 The company’s main client base includes mechanical and electrical contractors to the construction industry and its work leads it to projects such as the building of data centres, pharmaceutical plants and a range of commercial and residential projects.

“Some of our work involves the creation of virtual walk-throughs of different environments like data centres or new office buildings.”

One example of a project that DCT is engaged in is the €325m WuXi plant in Dundalk, Co Louth, which will be one of the largest biomanufacturing facilities in Ireland. Another is the design and construction of a new state-of-the-art baggage handling system at Dublin Airport.

With BIM skills in short supply, DCT helps mechanical and electrical contractors design and deliver complex projects not only in Ireland but also in Denmark, the Netherlands and other European regions.

The majority of DCT’s staff are based in Dublin while others work remotely from Argentina, Croatia and South Africa.

“While many businesses are getting to grips with virtual meetings, we have been doing it from the start.”

Like many of the buildings it helps design, it is only upwards for DCT as it recently became the first digital consultancy in Ireland to become a member of the Construction Industry Federation.

“BIM is central to every construction project. Any building project you work on today project managers will not build without seeing how it works in the virtual model because they want to de-risk projects as much as possible to reduce waste and labour costs. You can reduce these costs by ensuring they are using the model correctly,” Mady concluded.

Pictured at top: Joseph Mady (centre) with the DCT team in Dublin