The city’s start-up scene is thriving and it is good to see indigenous companies achieving stellar exits lately, such as Artomatix which was acquired in December by Unity for $60m, retail tech player Pointy, which was acquired by Google in January for $160m as well as Decawave, the Irish semiconductor company that was bought for $400m by Qorvo.

Here are the start-ups shaping the current start-up scene in Dublin and making it in 2020:

Curious to see what we're cooking up in the labs in Assure Hedge HQ?

Aylien Founder and CEO @parsaghaffari will be at
@TechSummits #AISummit20 in Croke Park this Thursday to discuss the path to developing an #AI business.

View the full agenda and get your tickets here – https://t.co/do7TOCCTyI pic.twitter.com/jY8TfcbSVV

Founded in Dublin by Parsa Ghaffari in 2012 and last year named by Wired magazine as one of Europe’s hottest start-ups, Aylien is an artificial intelligence platform that uses natural language processing and text analysis to extract meaning from large amounts of data. The company raised €5m in a Series A round in December from investors that included Atlantic Bridge University Fund, SOSV and Enterprise Ireland.

Fastic morning this morning @CarTrawler with the Irish CCMA presentation for our award in best application of technology. Super talks on all things #contactcenter #ArtificialIntelligence and #data pic.twitter.com/tblaK1rrZ0 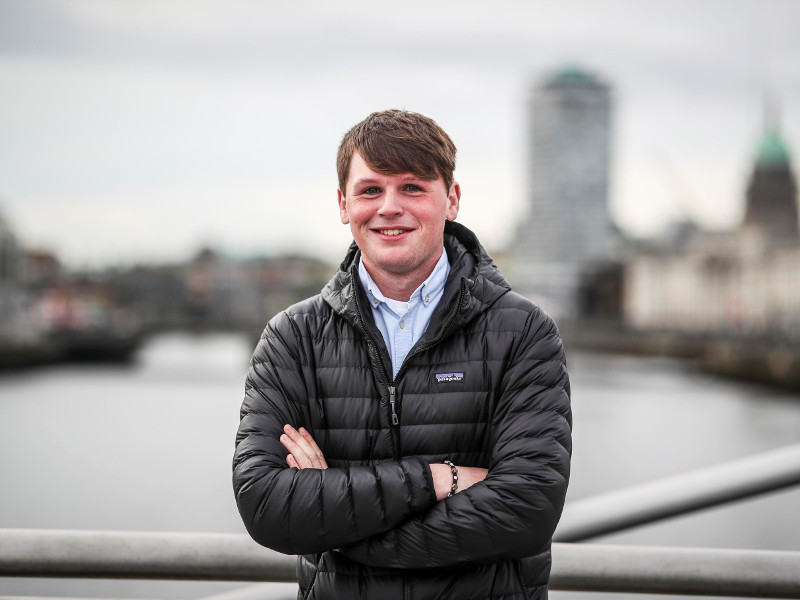 Founded by 19-year-old entrepreneur Shane Curran (above), Evervault is creating a data privacy toolkit that developers can “bake in” into new products. The company recently raised $3.2m in seed funding led by venerable Silicon Valley venture capital firm Sequoia Capital along with Kleiner Perkins, Frontline, and SV angel along with some unnamed tech innovators and investors. 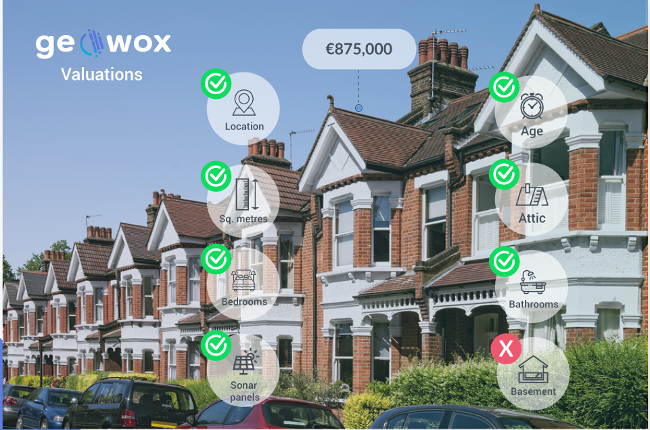 Introducing our NEW Knowledge Base!⁠
⁠
Explore our comprehensive step-by-step walk-throughs and tutorials for everything you need to know about managing your fitness business with Glofox 🚀⬇️⁠https://t.co/kVSQTKyFXl pic.twitter.com/C7BtWohNKJ

Glofox is a business management platform that encompasses an integrated mobile and web application, a booking platform and payment processing, all specifically tailored for the health and fitness industry. The company was founded in 2014 by Conor O’Loughlan, Anthony Kelly and Finn Hegarty and has raised more than €13m in funding to date. 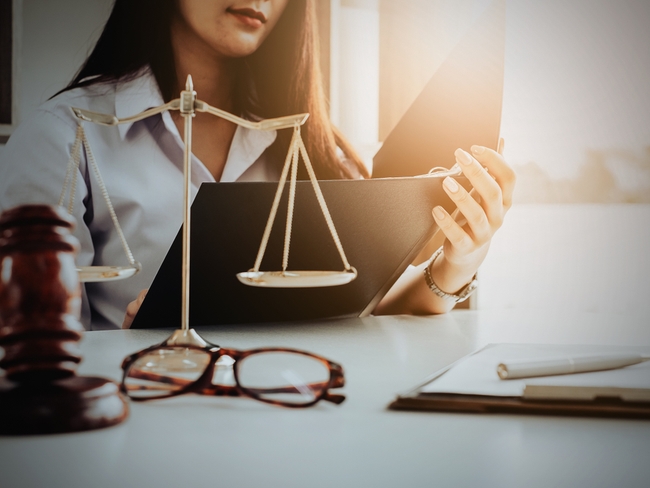 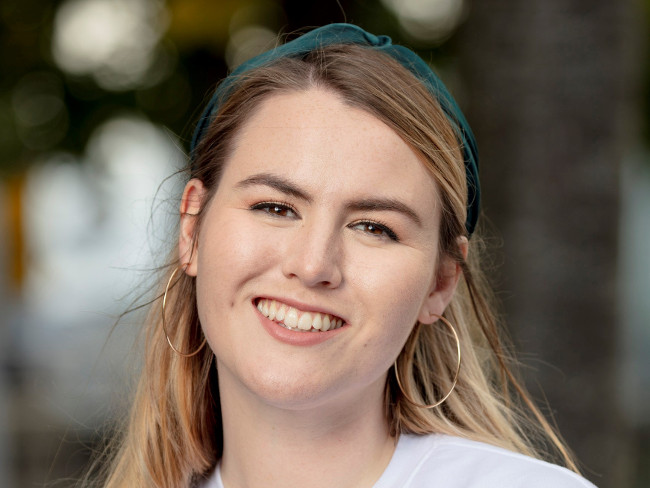 KeepAppy was founded by Aimée-Louise Carton (pictured), a graduate of Trinity College Dublin and the University of Amsterdam. Following a long history of mental illness, Aimée almost took her life on the bridge beside her house in 2017, however her life was saved by a helpline volunteer and her beautiful dog Aura. Since then, through KeepAppy, she has been on a mission to provide access to preventative care for the two in three individuals who are suffering from a mental illness but will never seek help.

Thrilled to welcome @SportsOfficeUK to the Kitman Labs family. We're ready to combine our passion and resources to define the next generation of performance intelligence!

Bobby Healy, one of the brilliant minds behind the success of CarTrawler, is back with Manna.Aero, a fascinating new venture focused on using drones to deliver goods, starting with food. If he is successful Healy could be the author of a breakthrough in transport platform that could make much of the road transport of goods by road a thing of the past. Manna has already attracted backing from venture capital firms Elkstone Capital and Frontline Ventures.

What the @Modulz folks are doing is just spectacular. https://t.co/hYKKYkHB3E

Modulz has developed a design tool that incorporates a unique visual editor for designing and building digital products without the need to write code. Founded by Colm Tuite, the company last year raised $36,000 from 400 backers on Kickstarter. However, this was followed in September by a $4.2m in a funding round from Frontline Ventures and LocalGlobe and investors that include Intercom co-founder Des Traynor, Product Hunt’s Ryan Hoover and Vedkia Jain of Weekend Fund. 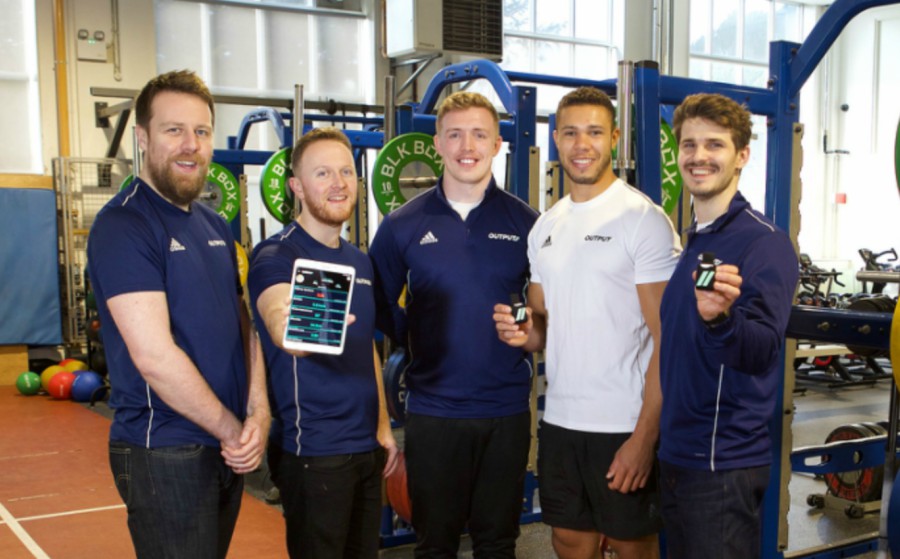 Using advanced signal processing and machine learning techniques UCD spin-out Output Sports has developed Output // Capture, an end-to-end solution that can test multiple components of athletic performance and track training programmes with a single wearable sensor. Headquartered at NovaUCD, was founded in 2018 by Dr Martin O’Reilly, Dr Darragh Whelan, Julian Eberle and professor Brian Caulfield as a spin-out from the UCD School of Public Health, Physiotherapy and Sports Science and the Insight SFI Research Centre for Data Analytics following the completion of Enterprise Ireland Commercialisation Funding. The company has just raised €1.3m in funding in a seed round that was led by the Atlantic Bridge University Fund, with Elkstone Partners, Enterprise Ireland, and angel investors, John Hearne, co-founder and former CEO of Curám Software and Leinster Rugby players, Adam Byrne and Dan Leavy.

Dublin-based fintech company Premium Cash Solutions (PCS) has developed a system that enables takings to be credited to retailers’ accounts on the same day thereby mitigating risk and improving cash flow. The company was founded by Alan Condron and Aidan Comerford in 2015. PCS is supported by Enterprise Ireland and is partnered with Swedish security hardware player Gunnebo.

Restored Hearing has developed sound-absorbing technology to alleviate tinnitus that uses metamaterials that can absorb sound while remaining lighter than traditional noise reduction technologies. Its SoundBounce technology is understood to be thinner and performs 100-1,000 times better at lower frequencies. The company was founded in 2009 by Rhona Togher and Eimear O’Carroll and was recently awarded €2.3m in EU funding to commercialise its technology.

Unlike the speech recognition technology found in mainstream voice assistants, SoapBox Labs’ speech recognition technology was built specifically for kids and their early literacy needs. Founded by Dr Patricia Scanlon in 2013, the company has raised $5.5m to date and was recently chosen for a $30m educational programme at the University of Florida backed by Facebook’s Mark Zuckerberg to boost literacy among children.

What is Equity Investment? Find out in 20 seconds. #SwoopHacks https://t.co/ebIvvOa9ms

Swoop Funding is a technology platform that matches SMEs with funding. With almost two decades of experience in corporate financing founder Andrea Reynolds launched Swoop in 2019 to help SMEs to scale-up. The youngest daughter of the late former Irish Taoiseach Albert Reynolds, after graduating from University College Dublin with an Economics degree, Reynolds joined KPMG where she qualified as a Chartered Accountant, working with large corporate businesses such as Ryanair and Aircraft Leasing. She later joined KPMG’s management consultancy division in London. In 2004, she set up her own corporate finance consultancy, counting McLaren Applied Technologies – a division of McLaren F1 – among her clients.

A lot can happen in 6 weeks – We're excited to announce our partnership with @Accel and @IndexVentures, two of the best in the business.https://t.co/CcrUg6myrD

Announcing: Utmost raises $11.2 Million Series A from @GreylockVC to Transform How Businesses Engage with their Extended Workforce https://t.co/lmnT2kmc8H pic.twitter.com/1uxsENbu29

Utmost is building solutions for the enterprise and its extended workforce – from temporary workers to consultants, vendors, freelancers, contractors and more – to seamlessly and efficiently work together. Co-founded by Iona and Cape Clear co-founder Annrai O’Toole – Utmost recently raised €11.2m in a Series A round led by Greylock Partners.

Thank you to @MrJohnFKennedy and Think Business for including our CEO @nikkilannen in their list of 24 disruptors and trailblazers who are shaping Irish business. Super excited to be listed alongside such amazingly dedicated Irish Entrepreneurs.https://t.co/t43muR5yL8 🙌

Irish game development studio WarDucks is on a mission to build immersive games and has built six best-selling games so far including Sneaky Bears, RollerCoaster Legends and My Smooshy Mushy. Founded in 2013 by Nikki Lannen, WarDucks recently raised €3.3m in funding in a round led by EQT Ventures. The funding will drive the development of WarDucks’ new location-based augmented reality (AR) game.

Productivity platform Whispr replaces the need for paper checklists with a voice-based system built on natural language processing and artificial intelligence. The company was founded in 2018 by Keith Saft and Hugh O’Flanagan and last year raised $750,000 in a pre-seed funding round that was led by Seedcamp and included backers such as audio giant Bose.

A reusable water bottle at a sustainable price