Lian Bell says it is action, no matter how small, that is needed to challenge and change the inequality that dominates Irish society.

#WakingTheFeminists managed, over the course of its one-year existence, to change the way that Irish theatre, and indeed the Irish cultural community as a whole, engage with and listens to women. Not only are there hundreds of individuals who went through significant personal change thanks to the open discussions about bias against women, but key organisations also accepted their responsibility to make systemic and long-lasting change happen – from our Arts Council to our National Cultural Institutions, to the largest publicly funded theatre organisations.

“Change takes just two things: the will to start, and the perseverance to continue.”

When our national theatre’s ‘Waking The Nation’ programme was announced in late 2015, it prompted an instant and furious outcry about the lack of women artists included. It quickly became clear these biases were not confined to the Abbey Theatre, but happen across the country. The movement snowballed so speedily that those of us who stepped forward to become the organisers of #WakingTheFeminists realised we had a lot of power, support and energy in our corner to use as leverage. From this, the one year campaign began in earnest and has changed the landscape of the Irish arts community permanently.

“That fluid, organic, flexible nature was our saving grace.”

It is not just the arts community in Ireland that is changing. We are lucky to be living in extraordinary times. Our society is tangibly shifting around us, with positive and hopeful energy leaping from one cause to the next; from the referendum on same-sex marriage to #WakingTheFeminists, to #MeToo and the courageous calling out of harassment in the workplace, to the upcoming referendum on the Eighth Amendment. Our country is small; change is not only possible but is relatively easy. It takes just two things: the will to start, and the perseverance to continue.

“You must challenge or question authority when you see the imbalance.”

For the most part, those of us working on the #WakingTheFeminists campaign had no previous campaigning experience. What we do know intimately, however, is the Irish theatre community, its ecosystem, how it operates and where the power lies. We also know how to work collaboratively and put on an excellent show – particularly invaluable when we took over the Abbey Theatre, two weeks after their programme announcement, to stage what would become a historic public meeting. The main asset we had, however, was each other. Yes, there were considerable gaps in our knowledge, but we were almost always able to ask around and find someone who was happy to help us practically or give advice. Tapping into the Irish diaspora working in theatre in places like England, Australia and the United States, helped spread our message quickly. Being open to other people’s input, while being aware that their involvement might sway our trajectory slightly, proved to be vital. That fluid, organic, flexible nature was our saving grace.

“If you believe that women and men are inherently equal, and should be treated as such, then you are a feminist.”

In one short year #WakingTheFeminists redefined gender equality in Ireland, was funded to conduct groundbreaking research, won multiple awards and affected real change not only in the creative industries but across the country. Naturally, people always ask what is next. What is next is up to you. When we ended the campaign in November 2016, we held a meeting to hand back the power and responsibility to the Irish theatre community. We had no intention of becoming a kind of watchdog, and we knew that the change that needs to happen has to come from inside the community itself. We focused on empowering individuals and encouraging (or in some cases coercing) people in positions of power to take that responsibility seriously. There is a strong power in saying to people, yes, you can make something change. You must challenge or question authority when you see the imbalance.

“No organisation in Ireland can safely assume it is bias-free because we are all biased. ”

Being a feminist is easy; many people are, even if they shy away from the word itself. If you believe that women and men are inherently equal, and should be treated as such, then you are a feminist. The hard thing is to look around, realise how unequal our society is, and have the perseverance to keep pushing against it. Patriarchal systems pervade our everyday lives – from the media to medicine, to business, to technology, to politics, to education, to entertainment. Once you have woken up to them, it is impossible to ignore them.

“Each of us must take responsibility to challenge those in positions of power.”

Sexism and bias are not, of course, confined to the arts community. It may be a matter of degrees, but no organisation in Ireland can safely assume it is bias-free because we are all biased. It is how we are all programmed. We all grow up in a world which is skewed in favour of certain types of people, which means it is not just a problem for women to solve. Now is the time to make sure those in positions of power and influence look objectively at their thinking and their methods and make practical and long-lasting changes to the way they work. Now is the time each of us must take responsibility to challenge those in positions of power to do just that.

“The idea that we currently live in a meritocracy is entirely false.”

Biased, patriarchal systems hurt all of us – male and female – at all stages of our lives and careers. Time after time we learn that diversity in teams is better for business. When we remove the internal barriers and revise the inherited systems that keep certain types of people out, we finally have the chance to pick the best people for the job. The idea that we currently live in a meritocracy is entirely false – until you assess everyone equally, you are not picking the best people.

“You only have a finite amount of energy, so you have to think about what the most effective use of that energy.”

Believing that bias exists, and adversely affects certain types of people is the first step. The second step is to start noticing it; in yourself, and in the world around you. It is up to you what your following steps are. For some ideas, we put together a list of simple actions that you can read and download from the #WakingTheFeminists website. [http://www.wakingthefeminists.org/take-action/]

“We stood together, even when there were things we didn’t all agree on.”

If you believe in change, it is up to you to put yourself aside a little and to put the work in. You only have a finite amount of energy, so you have to think about what the most effective use of that energy is; gather your peers and pick your battles. During the campaign, we focussed on putting our energy and time where it would have the greatest effect: encouraging funders and the boards of the largest organisations of putting active, dynamic policies in place to change the DNA of those organisations. It was also incredibly important for us to work together, relying on the strengths of each, and trusting each other. We stood together, even when there were things we didn’t all agree on because the bigger objectives were more important – and were within our grasp.

“It is exhausting when what you are shouting about is no longer cool when you are being mocked and baited publicly.” Three generations of Irish women outside their cottage. Ireland in the 1920s.

I respect the solitary individuals who speak out for what they believe and keep at it. It is exhausting when what you are shouting about is old news; when it is no longer cool when you are being mocked or baited publicly. To keep caring, to keep your energy high, to take care of yourself, and to continue to fight takes an enormous amount of effort, and may take a long time to yield results. But these people are vital. People like Grace Dyas, who went out on a limb to break the story about Michael Colgan’s abuses at the Gate, Ailbhe Smyth who continues to campaign tirelessly for the Repeal the 8th campaign, Micheline Sheehy Skeffington who has been pointing a finger at gender discrimination in Irish academia for years, and the extraordinary Catherine Corless who doggedly uncovered the atrocities at the Tuam Mother and Baby home. And countless others, whose names are not as well known, but who continue the fight for what they believe in.

“This year we celebrate the centenary of women’s suffrage and are still talking about gender bias.”

These are the people who give me hope and who inspire the rest of us to keep pushing and to keep pointing out things that are not right in our society. These are the people who, at personal expense, uphold our collective moral standards. Without them, we would blindly accept a status quo that limits so many of us. However, these skewed systems and ways of thinking are what we inherited; they need not be what we uphold or pass on. It is up to each of us, in the wake of these courageous people, to take responsibility for examining our world and making improvements. This year we celebrate the centenary of women’s suffrage and are still talking about gender bias. Will others still be talking about it in another hundred years? Wouldn’t it be good to have passed on a better world to the people coming after us? 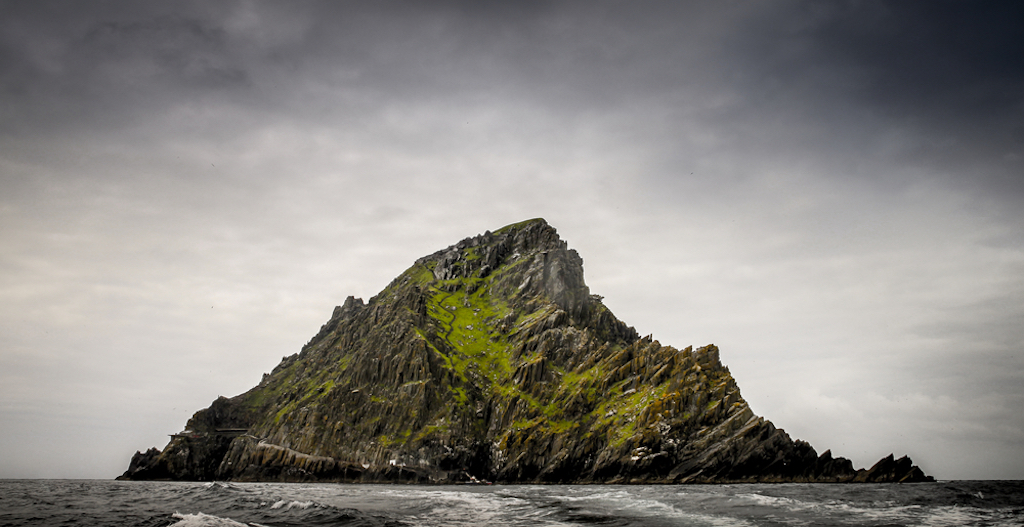 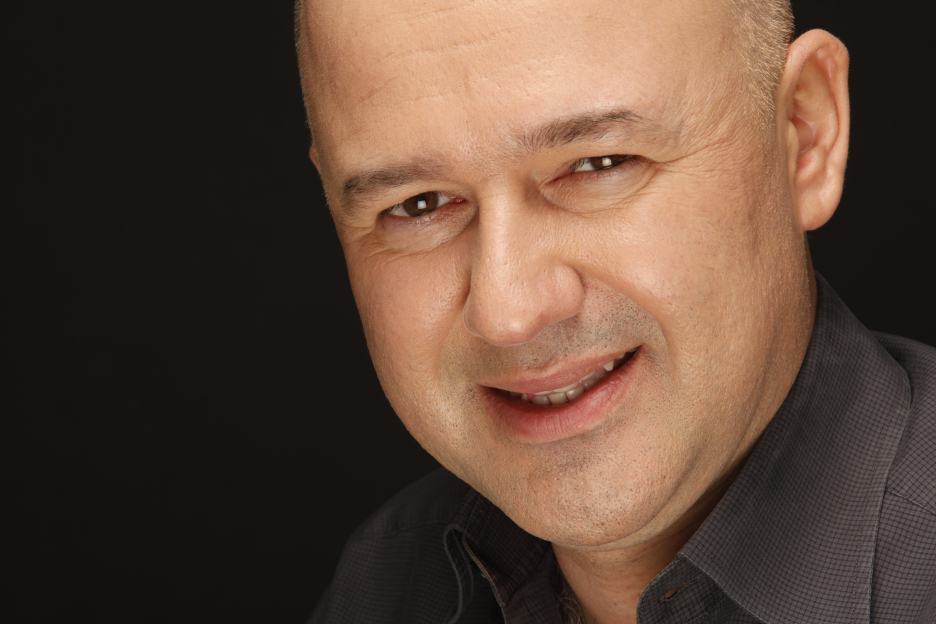 How to attract an Angel investor

Experienced angel investors have a set of principles that they apply to every aspect of their work.