Nearly 9,000 new companies have been registered from January to April, an increase of 24pc from the same period in 2020.

Despite more than a year of uncertainty and continuing challenges brought on by a worldwide pandemic and the conclusion of Brexit, Ireland’s economy has remained strong. In 2020 Ireland’s economy grew by 3pc, according to the European Commission it was the only EU economy to achieve growth last year.

2020 was a year that many of us will not soon forget. It was a year of continual change, adaptation and unfortunately, loss as many businesses were forced to close their doors.

The number of new companies being registered is impressive given that Ireland is still coping with a pandemic and was under strict lockdown restrictions during the first four months of 2021. Company Bureau believes that the amount of new company formations will continue throughout the year, and we could potentially see close to 27,000 new Irish companies formed in 2021. It is important to note that 2019 holds the record with 22,723 new company formations.

The impact of FDI and Brexit

Despite a year of uncertainty and continuing challenges brought on by the pandemic and Brexit, Ireland has maintained its standing as a welcoming business environment for foreign direct investment (FDI). Ireland is home to the head offices of many multinational companies.

In 2020, 246 new foreign direct investments came into Ireland, only a slight decrease from 2019 which brought in 250 investments. The incoming FDI last year created 20,123 new jobs in the State, which helped to bolster the economy during the pandemic.

Now that Brexit is complete, the Republic of Ireland is the only predominantly English-speaking country in the European Union. The Irish Government is committed to maintaining its attractiveness to multinational companies (including UK companies displaced by Brexit) who want to avail of the low 12.5pc corporate tax rate while maintaining cross-border trade within the EU.

The Irish Government recently announced its Driving Recovery and Sustainable Growth 2021-2024 strategy which aims to attract 800 new international investments over the next four years creating 50,000 jobs, 50pc of which are to be in rural locations.

How to register a new company in Ireland

With the vaccine roll-out well underway and many businesses re-opening as the restrictions begin to lift, Ireland is well positioned for a return to the thriving business centre enjoyed prior to the pandemic. With the huge spike in new companies being filed, the Companies Registration Office is taking somewhat longer than usual to facilitate the requests.

It is recommended to use a reputable company formation agent such as Company Bureau to ensure all necessary documents are in order and avoid any further delays.

Company Bureau is as a Trust and Company Service Provider (TCSP) regulated by the Department of Justice and Law Reform of Ireland. At present Company Bureau can assist you to incorporate a new company within just 10 business days. 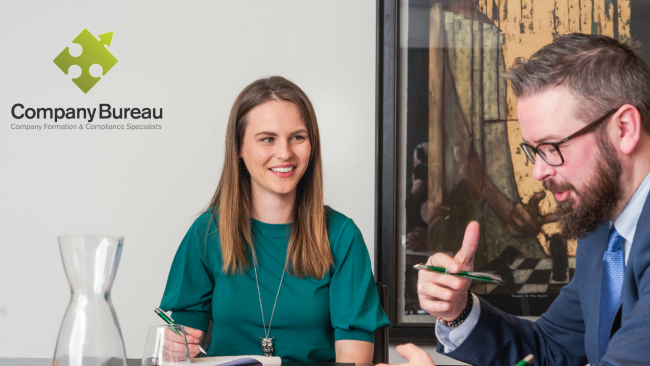 Caitlyn Buchanan has been the marketing manager at Company Bureau for the past four years. Caitlyn writes various articles advising on company setup, company maintenance and changes to Irish company law.