Ekaterina Voznesenskaia explores the Shaolin philosophy and how it can be used to leverage your inner power.

“We were all born with a certain degree of power. The key to success is discovering this innate power and using it daily to deal with whatever challenges come our way.” – Les Brown

How can we unleash our hidden power? How can we discover our driving energy, our guiding force that motivates us to move forward and not give up?

We are all born with a certain power, a guiding force that leads us throughout our life. When we align with our inner power, we know exactly when we are moving in the right or wrong direction, when we need to pause and think it over. We feel a sense of integrity, as if everything inside is interconnected. We are aware of our emotions and our thoughts, and how they affect our actions and impact our wellbeing.

Feeling inner strength inside gives us hope, creates a positive attitude and gives confidence in what we are doing. Whatever challenges and obstacles come our way, we remain persistent, resilient and motivated. We are using failures as our driving force to become better each day, creating something even more valuable and meaningful.

“The strongest people are not those who show strength in front of us, but those who win battles we know nothing about.” – Jonathan Harnisch

A few years ago, my perception of power was deeply connected with external factors like high status, respected work position, big salary, social recognition and social influence. I believed that there are unique people, smart and talented, that have some incredible inner power that drives them to find some brilliant idea or develop a solution that influences millions of people,  while most others continue living their life, accepting the reality, working where they have a chance to work, even if it is not what they really love.

Such mindset and focus on the material, external things stopped me in my personal and professional development, did not allow me to look beyond the boundaries and open new horizons. I could barely imagine a time where I would be able to do something bigger, something more meaningful, than what I was doing at that time. It was inner power, inner energy, inner fire that I lacked.

Changes begin when we are willing to change, and the right moment comes.

My changes started after discovering the Shaolin philosophy in the book ‘Shaolin: How to win without fighting’ by Bernhard Moestl, where I learnt about the history and philosophy of Shaolin Kung Fu and the main principles of Shaolin.

Shaolin is the ancient Chinese philosophy which originated and developed in the Shaolin temple among the Song mountains in Henan province, China in 495 AD. Historians consider Bodhidharma, the Indian monk, the founder of Shaolin Kung Fu. He came to the Shaolin monastery aiming to transmit the Zen meditation tradition to China, and he noticed that the monks were spiritually and mentally superior, but physically very frail. Bodhidharma began training the monks, introducing eighteen movements to the Shaolin monks derived from traditional Indian Yoga. This was meant to increase their physical and mental strength as well as the flow of inner energy known as Qi.

Over time these eighteen movements developed into the original Shaolin system of Kung Fu, and after being perfected for nearly 1,500 years, would become kung fu as we know it today.

Shaolin Kung Fu is not only about kicking and punching, it runs much deeper. Significantly, Shaolin teaching actually discourages fighting, although Shaolin masters will fight if necessary. Greatness in Shaolin philosophy is approached through non-fighting means. It is learning about the rhythm of life, discovering your true self and developing your full potential. It is leaning how to embrace your weaknesses as well as identifying your strength,s and how to turn your weaknesses into strengths. From the perspective of power, the internal power of Shaolin is “the quiet force within you that knows when to act and when to move and gives you the strength to do so.” While most other martial arts mainly focus on how to be stoic and hurt the opponent, Shaolin Kung Fu teaches gentleness and a love for life. It is used not just for fighting, but more significantly for healing. The principles and values of Shaolin philosophy are based on physical, mental and spiritual benefits which are meant to enrich our life.

Imagine the movement of animals, clouds and trees in the wind. Slow and gentle movements. One day, Chang San-Fen, a founder of a new form of Shaolin martial arts,  witnessed a snake and a crane in combat with each other. He watched the crane swooping down from a tree with its wings fully spread. The snake used its deceptive coiling movements to evade the danger and responded by lashing at the crane with its tail.  The crane lifted its leg to avoid the strike and then used its claws to attack.

Eventually, after tiring themselves out, the two combatants called a draw. Chang realised that he had witnessed a perfect example of the ability to blend soft and hard, strength and yielding. He studied the crane and the snake as well as other wild animals, the movement of water, winds and clouds, and the nature trees. These natural movements and feelings were gradually incorporated into his new system, and the new Shaolin martial art was created – tai chi.

Getting more interested in Shaolin martial arts and its philosophy, I started practicing tai chi and kung fu, and it has become part of my journey of self-discovery. During our practices, we have class discussions on such important topics as finding your physical and inner balance, reaching integrity, feeling deep connection of mind and body, keeping persistent and motivated despite challenges, developing self-respect and respect to others, following your moral principles, uncovering your strengths and believing in yourself.

Doing slow and gentle exercises, concentrating on breathing and straight postures, putting all the energy when punching and kicking have helped me become calmer, more stable and resilient in some particular situations. It has helped me understand my weaknesses and strengths, and whenever something seems too hard for me, I try to keep doing it consistently. As when we overcome a challenging situation or a difficult task, it then becomes easier. Attending kung fu classes for me is going out of the comfort zone, as the classes require full concentration, intense physical workout, new complex movements and big persistence.

“You don’t have to be great to start. But you have to start to be great” – Zig Ziglar

Finding something that brings fulfilment and a sense of purpose is vital. Something that brings value to our everyday life. Something that empowers us to keep going despite difficulties, and motivates us to learn, develop, and grow. It can be kung fu, tai chi, or any other sport and hobby that can disclose our hidden potential, break our boundaries and limits, and will uncover an ocean instead of a lake.

Acting and showing results creates power, and small steps bring big results. By doing something persistently, continuously, deeply believing in it, we are generating incredible inner power that leads us throughout our life. It motivates us to move further, set new goals and achieve a lot more. It helps overcome challenges, and when we are about to give up, something inside gives us a trigger to try one more time. 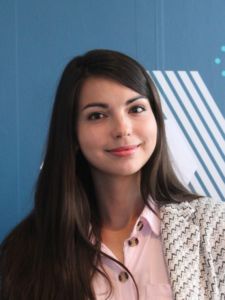 Nightingale HQ sings to the AI-ready future of SMEs