Danish global home retail brand JYSK has revealed plans to merge its Irish and UK divisions into one organisation.

JYSK offers an extensive range of products for the home, from the bedroom to the garden. The company last year opened its first store in Dublin and now has seven stores up and running.

“Since opening the first store in Ireland in April 2019, JYSK Ireland has consistently performed within the top five countries out of all the JYSK Nordic stores”

Last year, JYSK originally announced that it would open 15 stores across Ireland. However, due to its success in the Irish market, the Danish retailer revealed in January that it plans to open 40 JYSK stores over the next three to five years, with a forecasted turnover of €70m, creating hundreds of new jobs. 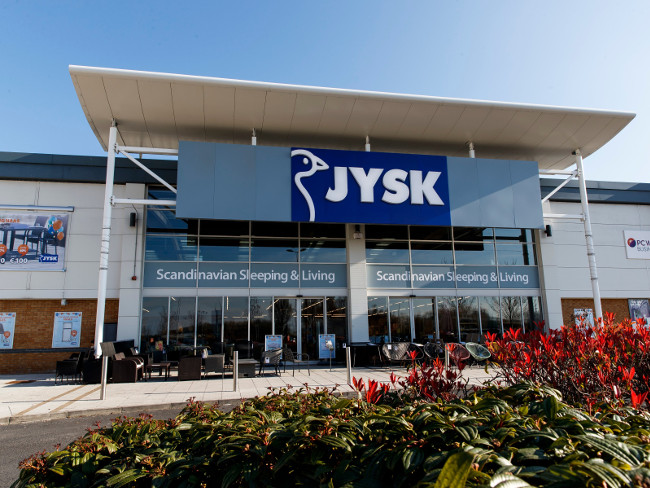 Founded in Denmark in 1979 by Lars Larsen, JYSK has expanded to 51 countries with more than 2,800 stores worldwide, employing 23,000 people, in the past four decades.

“With one combined organisation based on our strong JYSK values, we will strengthen our competencies within retail and lower the costs of the two countries’ operations,” Tuominen said.

“This will make it possible for us to significantly speed up our expansion and reach the turnover we need for solid financial results in both countries. I am excited to take on this challenge in the UK market and look forward to continuing our success in Ireland.

“By combining the resources of the two country organisations, we are confident that we can create synergies, which will make the brand more effective and profitable in years to come.

“Since opening the first store in Ireland in April 2019, JYSK Ireland has consistently performed within the top five countries out of all the JYSK Nordic stores.

“JYSK Ireland has been a great success story for the brand in just 15 months of trading, and it is expected that by merging the two countries into one company with one management team, it will be possible to replicate the success of JYSK Ireland in the UK market,” Tuominen added.

Lessons learned from the Covid-19 lockdown

Return to the office: 33pc of workers back at desks