Technology built by Irish researchers and space businesses have contributed to the most powerful space telescope ever launched.

“I eagerly anticipate the ground-breaking science that will be enabled by Webb, with Irish scientists at the heart of uncovering the secrets of the formation of our universe”

The telescope, the largest, most powerful and complex telescope ever built, has been described as a “time machine” by scientists and will allow astronomers to study the beginning of the universe shortly after the big bang, 13.8bn years ago, as well as hunting for signs of life-supporting planets in our own galaxy.

Webb is the next great space science observatory following Hubble, designed to answer outstanding questions about the Universe and to make breakthrough discoveries in all fields of astronomy. Webb will see farther into our origins: from the formation of stars and planets, to the birth of the first galaxies in the early universe.

“It was wonderful to see the successful launch of the James Webb Space Telescope, with images of the spacecraft starting its long journey streamed back to Earth by Irish technology and relayed around the world,” said Minister of State for Business, Employment and Retail Damien English, TD.

“I also eagerly anticipate the ground-breaking science that will be enabled by Webb, with Irish scientists at the heart of uncovering the secrets of the formation of our universe.”

How the Irish are exploring space

The Irish contribution to the project included providing the infrared filters on one of the telescopes four instruments and the corresponding imaging software, the onboard video system to monitor successful separation of the telescope from the launcher, and structural supports for the engine that powers the Ariane 5 rocket.

“Webb is the most ambitious space mission for many years, if not decades, and it is fitting that Ireland has played such a prominent role in the Ariane 5 launch, and also in the scientific instruments on the telescope itself”

Professor Tom Ray of DIAS is Co-Investigator for the Mid-InfraRed Instrument (MIRI), part of the telescope’s instrument suite. Out of the four instruments, MIRI is the only one covering the mid-infrared wavelength range (from 5 to 28.3 microns). MIRI will produce mid-infrared images and spectra with an unprecedented combination of sharpness and sensitivity.

Prof Ray and his team were responsible for providing MIRI’s infrared filters, which breaks up the light into its various components, and also for developing imaging software that will be used to analyse the instrument data sent back to Earth by the spacecraft and produce scientific images.

Réaltra Space Systems Engineering designed and manufactured the video system mounted on the Ariane 5 launch vehicle which relayed high-definition video images of the separation of the launcher’s fairing (that encloses and protects the Webb telescope during launch) and of the telescope separation as it headed on the start of the journey to its final orbit location. This is the first time the video system has been used, having originally been developed for the Ariane 6 launch vehicle, the successor to Ariane 5, due for its first flight in 2022.

Nammo Ireland also provided structural supports for the Vulcain engine that powers Ariane 5, and will also manufacture components for both the Vulcain and Vinci engines on the new Ariane 6 launch vehicle.

The participation of DIAS, Réaltra Space Systems Engineering and Nammo Ireland in the Webb mission is enabled through Ireland’s membership of ESA. Ireland manages its investment in space primarily through the Department of Enterprise, Trade and Employment (DETE) and Enterprise Ireland, which supports and guides Irish industry and research institutes in developing technologies through ESA programmes, and in commercialising these technologies in the worldwide space market.

Newry company Resonate Testing conducted high level vibration and SRS shock testing on equipment that was used as part of the successful launch of the James Webb telescope.

Resonate Testing operates from its Centre of Excellence for Space in Newry and provides a range of testing processes across many sectors. Resonate Testing worked with Dublin based Réaltra Space Systems Engineering, which played a critical role in the launch by providing video images of the separation of the fairings (equipment used to protect the spacecraft during launch), and the spacecraft from the rocket.

Leo Clancy, CEO, Enterprise Ireland, congratulated the Irish companies and scientists involved in the mission, noting that Ireland can be justifiably proud of its world-class scientific and technical capabilities in space science.

“Irish companies have consistently shown that they can deliver innovative technologies to the space sector. Webb is the most ambitious space mission for many years, if not decades, and it is fitting that Ireland has played such a prominent role in the Ariane 5 launch, and also in the scientific instruments on the telescope itself.”

2022 goal setting: Take this year one month at a time 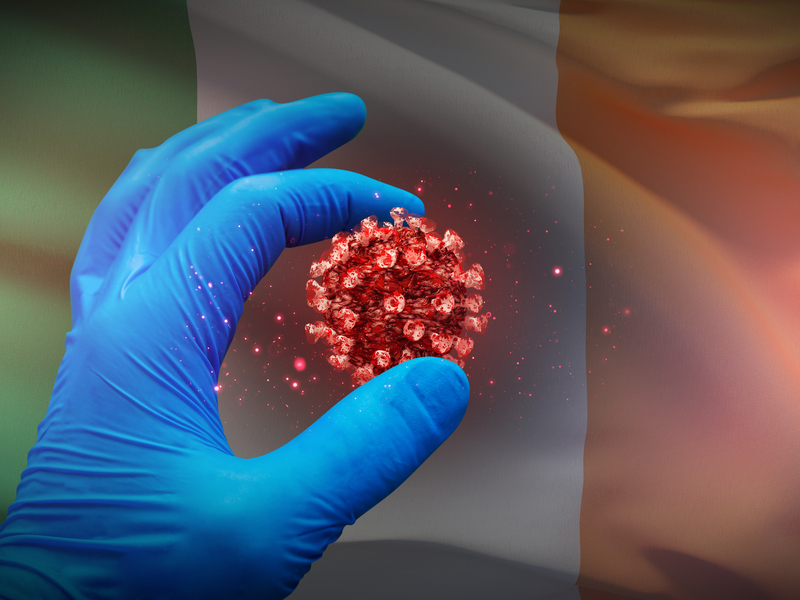 From innovative services for the vulnerable in society to outstanding use of technology, here are 14 inspiring examples of Irish innovation in the fight against Covid-19. Tyndall Cork spin-out Varadis’s radiation detection technology to be deployed on satellites in time for the growing commercialisation of space. Enterprise Ireland reports record growth in the number of Irish companies engaging with the European Space Agency, particularly to help with issues such as climate change and Covid-19.