Gas is responsible for delivering more than half of Ireland’s electricity, over 40pc of Ireland’s heating and nearly one third of all the energy used in Ireland.

Gas Networks Ireland has revealed it has invested €112m in its infrastructure to make it more sustainable and drive towards a cleaner energy future.

Gas is responsible for delivering more than half of Ireland’s electricity, over 40pc of Ireland’s heating and nearly one third of all the energy used in Ireland according to a new report titled ‘Ireland’s Gas Network – Delivering for Ireland’.

“Against the backdrop of global pandemic recovery, energy price volatility, emerging EU energy legislation and the need to meet climate action targets, we are operating successfully and playing an important role in challenging times for the energy industry”

The company said that Ireland’s gas network is among the safest and most modern in the world, delivering energy to over 706,000 customers every hour of every day. Over 8,000 new customers contracted connections to the gas network last year, including over 4,000 new homes and apartment blocks.

“Against the backdrop of global pandemic recovery, energy price volatility, emerging EU energy legislation and the need to meet climate action targets, we are operating successfully and playing an important role in challenging times for the energy industry.

“As a company, our focus remains on managing the gas network and on delivering gas safely and reliably.  Our commitment to decarbonising the network and to delivering on climate change targets and reduced emissions is clear, and we continue to partner with all our stakeholders to plan for and deliver a cleaner energy future for Ireland.”

Gas Networks Ireland maintains that natural gas is the cleanest traditional fuel, emitting 40pc less carbon than coal and 22pc less carbon than oil, making it the logical and affordable choice for the 300,000 existing non-gas homes along the national network to reduce their carbon emissions.

Furthermore, as the volume of renewable gases, such as biomethane and hydrogen, on the network increases, homes connected to the national network will increasingly reduce their carbon footprint without changing a thing.

In 2020, Ireland’s gas network generated revenues of €447m and paid a €70m dividend to the state, while undertaking €112m of capital and sustaining infrastructure investment.

Over the course of 2020, Gas Networks Ireland brought the first commercial flows of renewable gas on to the network, in addition to constructing several Compressed Natural Gas (CNG) filling stations for commercial vehicles.  There are now seven public and private CNG stations operational.

“While most people associate gas with heating and cooking in homes, or providing energy for businesses, it is important to note that gas is the pillar of our electricity system and will continue to be so in the coming years,” said Brian Mullins, Gas Network Ireland’s head of Regulatory Affairs.

“The security and flexibility that gas delivers is what allows the electricity system operator, Eirgrid, and others to bring more and more renewables on to the grid. Gas provides that essential, flexible and reliable back-up for intermittent renewables such as wind and solar.

“Gas complements renewable energy so that Ireland has a secure source of energy when the wind doesn’t blow and the sun doesn’t shine. With existing power plant retirements and growing electricity demand, the latest analysis by Eirgrid of a potential shortfall in generation capacity has prompted the Commission for Regulation of Utilities (CRU) to signal that over 2,000MW of gas-fired power generation capacity will be required in the coming years to securely support the continued growth of renewable electricity generation.”

Work also began in 2020 to develop a hydrogen innovation centre in Citywest, Dublin.  This facility will play an important role in ensuring that Ireland’s gas network is ready to safely transport and take full advantage of the potential of hydrogen. It is expected that the site will be operational in early 2022.

“Ireland’s gas network is already delivering for Ireland, supporting the transition to a cleaner energy future.  In line with our counterparts in the UK and Europe, our focus is also on transitioning our gas supply to renewable technologies such as biomethane and hydrogen,” Mr Mullins said.

“Gas Networks Ireland is investing in the infrastructure which will allow these technologies to be introduced safely and securely into our network. We are making these investments to ensure that Ireland can continue to enjoy a secure, flexible energy supply and one which meets the needs of our planet and our people, today and into the future.”

12 Irish start-ups with ‘Big Ideas’ to build the future 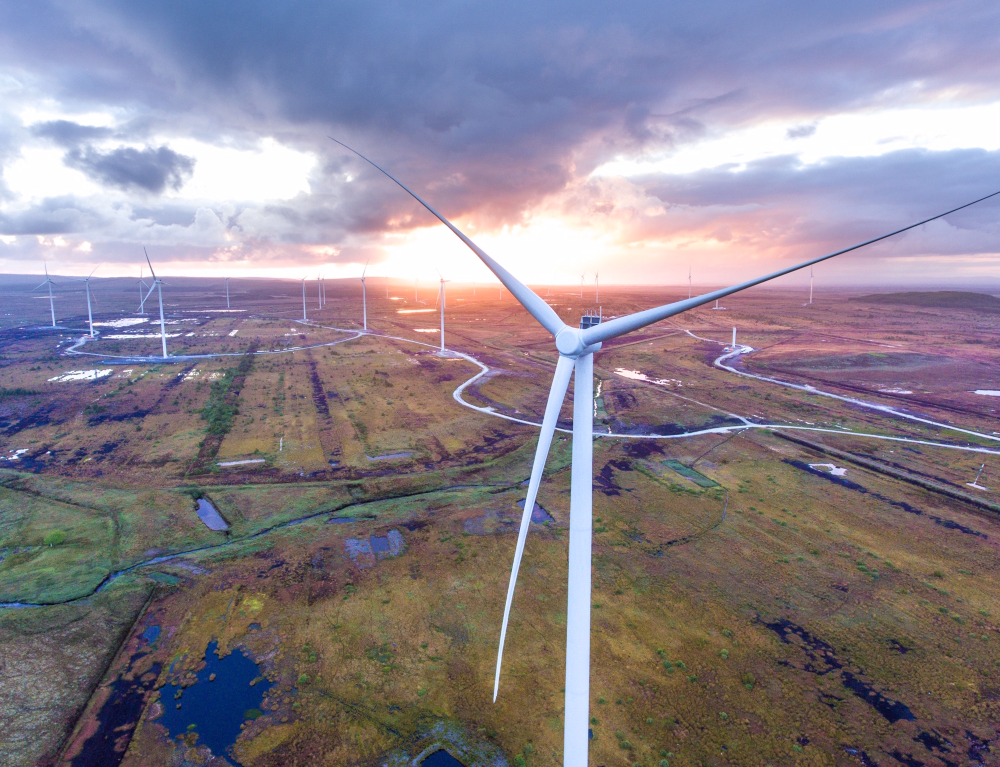 Bord na Móna is to deliver 1,435 jobs to Ireland’s midlands over the next five year as it focuses on renewable energy. EirGrid is to invest €2bn in a network transformation that will ensure that renewable energy will account for 70pc of all electricity used in Ireland by 2030 – more than double current levels.