Dublin Port Company has revealed plans for a €400m project to redevelop the south side of the State’s busiest port that will include building a bridge across the river Liffey.

The 3FM Project will deliver 20pc of the capacity required by 2040 on one-fifth of Dublin Port’s lands, all located on the Poolbeg Peninsula, at an estimated cost of €400m (2021 prices).

The project is at the pre-planning stage and Dublin Port Company (DPC) will lodge a planning application with An Bord Pleanála in early 2023. Between now and then, the company will prepare the detailed project design and environmental impact reports required for large infrastructure projects.

The project will include a new private road called the Southern Port Access Route (SPAR) that will link the north and south port areas, taking heavy goods vehicles off the public road via a new bridge across the River Liffey, immediately east of the Tom Clarke Bridge. It is intended that this will give pedstrians, cyclists and public transport users a less congested route for travel across the city.

Reviving the historic links between city and port “Masterplan 2040 projects that Dublin Port will need capacity for an annual throughput of 3.1m trailers and containers by 2040”

The plan will see the construction of the largest container terminal in the country in front of ESB’s Poolbeg Power Station with an annual throughput capacity of 360,000 containers.

The existing blue container terminal will be redeveloped to create a new Ro-Ro freight terminal in its place with an annual throughput capacity of 288,000 freight trailers.

A 325 metre diameter ship turning circle is to be created in front of Pigeon House Harbour and around 15 acres of new public parks will be created on the Poolbeg Peninsula.

Other new amenities will include a new sailing, rowing and maritime campus adjacent to Poolbeg Yacht Club, a 3 acre park beside Pigeon House Harbour, a port park buffer between the port and the Pembroke at Dublin Four development and 5.5km of cycle paths and pedestrian routes throughout the Poolbeg Peninsula.

DPC said a 1.0-hectare site to accommodate utilities will be needed, firstly, for the City’s district heating scheme powered by the Covanta waste to energy plant and, secondly, to accommodate a range of utilities for the Pembroke at Dublin Four development.

Since 2010, Dublin Port Company has invested €500 million in the north port area to provide port capacity to cater for growth of 44% in overall port volumes in just ten years – equivalent to an annual growth rate of 3.7%.

In the Lo-Lo mode, volumes have grown by 37% between 2010 and 2020. However, since Brexit growth has accelerated and volumes in 2021 are 14% higher than last year. A key part of the 3FM Project is the construction of a new container terminal, the largest in the country, to provide an annual throughput capacity of 360,000 units (612,000 TEU). To put this into context, the new container terminal will have capacity for more than twice the number of containers handled in all other ports in the country last year.

“There is very little spare capacity for future growth of unitised trade in Dublin Port or in any other port in the country,” said Dublin Port CEO Eamonn O’Reilly.

“Planning for long-term needs as far out as 2040 is very difficult and it is important for us in Dublin Port to plan early to ensure that we are ready to construct nationally essential port capacity in advance of demand.

“Masterplan 2040 projects that Dublin Port will need capacity for an annual throughput of 3.1m trailers and containers by 2040. The 3FM Project will deliver one-fifth of this capacity by way of a new Lo-Lo terminal – 360,000 containers per annum – and a new Ro-Ro freight terminal – 288,000 freight trailers per annum.

“The challenge of long-term infrastructure planning was well illustrated in the Dublin Transport Initiative (DTI) report of 1995. The DTI predicted Dublin Port’s cargo volumes would reach 12 million tonnes by 2011.  However, volumes in 2000 – just five years after the report was published – had already reached 21m tonnes. For the last two decades, Dublin Port has been playing catch-up and it is important for the next twenty years that we keep capacity ahead of demand.

“Active travel is now a feature of all development plans in the country and the 3FM Project will make a huge contribution to the provision of high-quality walking and cycling routes throughout the Poolbeg Peninsula. The new bridge we are proposing as part of the Southern Port Access Route will link this network across the river into the north side of Dublin Port where we already have ten kilometres of cycling and pedestrian routes under development.

“Over the decades that Dublin Port moved downriver, the port became invisible to the city. The 3FM Project will provide three new public parks on the Poolbeg Peninsula in the heart of the working port.  These will open up to the river and to Sandymount strand and will help to re-establish the historical link between Dublin Port and Dublin City,” O’Reilly said.

Details of the 3FM Project are now available to view online at www.dublinport3fm.ie.  Dublin Port Company is inviting people to submit comments and queries on any aspect of the project to: 3fm@dublinport.ie by 31 December 2021. 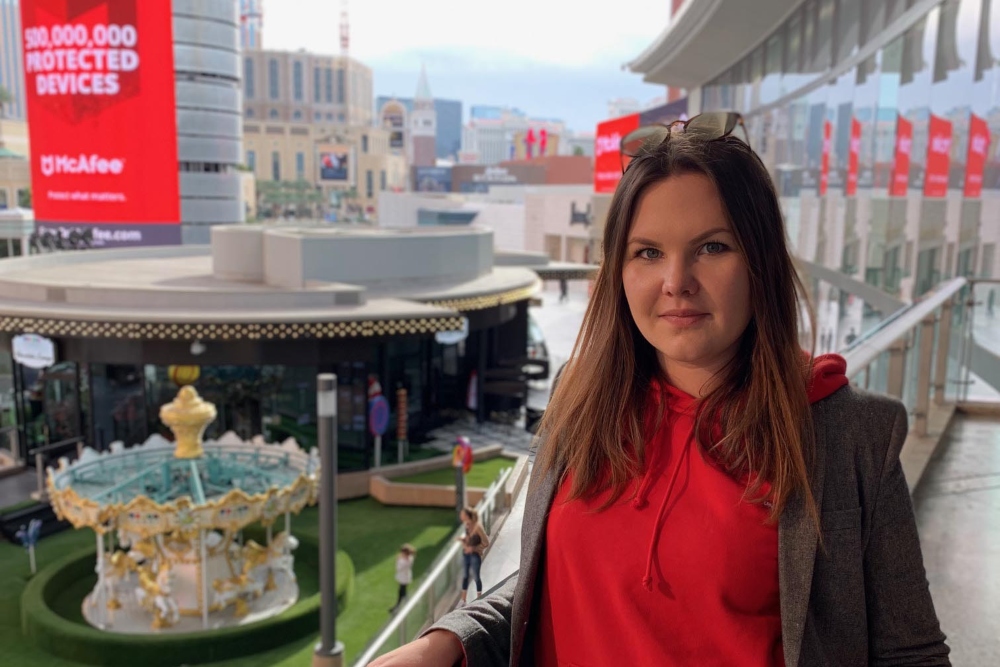 Podcast Ep 54: Marie Kress from Voyego on the diverse and interesting future of mobility and how we will soon be consuming mobility as a service (MaaS). 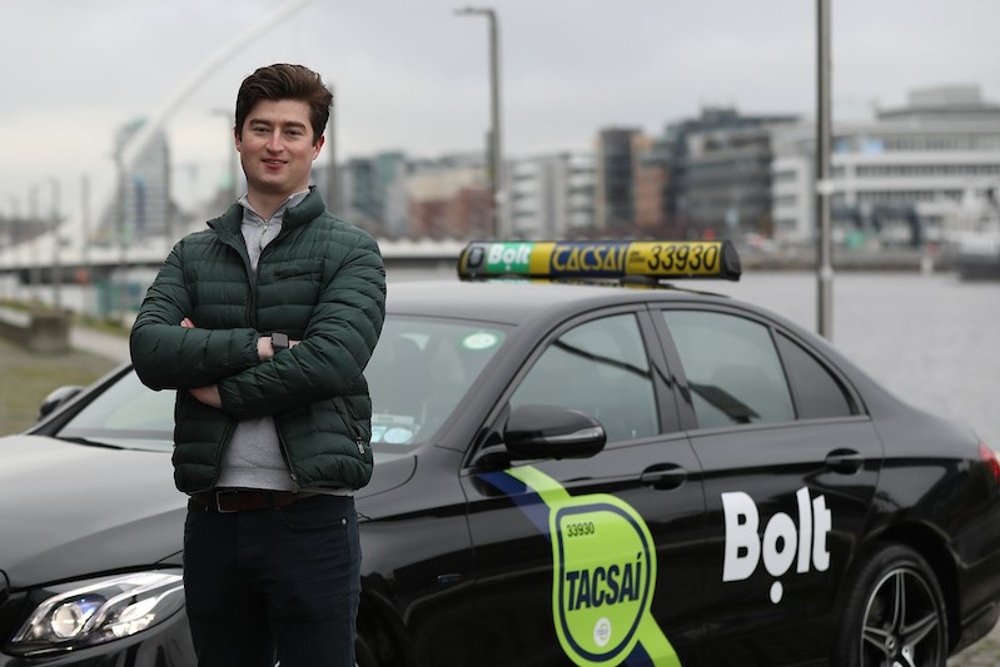 Bolt’s Luke Mackey’s tips for the future of transport

With Bamboo Luke Mackey disrupted how we order food and now with Bolt he’s looking to the app-driven future of multi-modal transport. 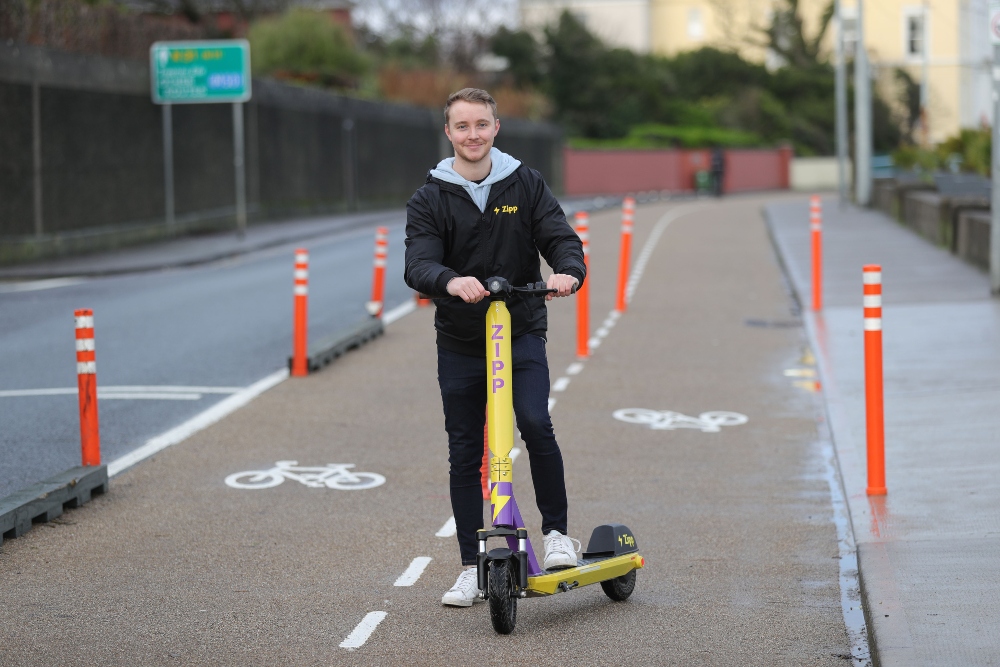 Rolling out a transport revolution: Education holds the key to safety

Micromobility via scooters and e-bikes will only merit national trust and acceptance in Ireland if sufficient educational work is carried out at ground level writes Charlie Gleeson, founder and CEO of Zipp Mobility.