91% of Irish CEOs are of the view that Ireland’s economy will improve in the year ahead, according to the latest survey results from PwC.

Despite the headwinds of the enduring Covid pandemic, rising inflation, the ‘Great Resignation’ by workers and supply chain disruptions, CEOs across the world are optimistic.

According to the latest PwC Global CEO survey 77% of global CEOs predict a stronger global economy in the coming year; only 15% expect weaker conditions.

“We have more people employed now than before the Covid-19 pandemic began, our exports remain buoyant, the FDI pipeline is strong and the public finances are in much better shape”

The mood is more buoyant in Ireland where 91% of Irish CEOs are of the view that Ireland’s economy will improve in the year ahead. The full set of results for Ireland are to be launched on 2 March.

The global survey found that while there is general optimism among global CEOs for economic growth in 2022, the perspective varies widely across individual countries and territories.

Among the largest territories, optimism is highest in India, where 94% of CEOs anticipate global growth in the coming year, up from 88% last year. Optimism is also trending up solidly among CEOs in Japan (plus 16 points to 83%, from 67% last year), and is modestly higher in the UK (up five points to 82%). Italy and France saw large increases in CEO optimism, perhaps as a result of stronger than expected economic recoveries. CEO optimism in Italy reached 89%, up 18 points from a year ago, while France experienced the greatest increase in CEO optimism, soaring 25 points to 85%.

At the other end of the spectrum, CEO optimism about the global economy declined most notably in the US, down 18 points to 70%, and was also slightly down in Brazil (dropping seven points to 77%), China (down nine points to 62%) and Germany (down four points to 76%), perhaps as inflation and supply chain constraints became more of an issue.

“While the ongoing pandemic and emergence of new variants cast a shadow over the year, the high level of CEO optimism we found speaks to the strength and resilience of the global economy and the ability of CEOs to manage through uncertainty,” said Bob Moritz, global chair of PwC.

“There is nothing “normal” about the world we are working in, but we are getting used to it. We are seeing differences in confidence among countries, and there is no shortage of challenges to navigate, but it is encouraging that CEOs we spoke with on the whole feel positive about 2022.”

Irish reasons to be cheerful Speaking about Ireland, Feargal O’Rourke, managing partner at PwC Ireland, said: “Ireland’s economy is in a much better place now compared to this time last year.  The survey reveals that an overwhelming majority (91%) of Irish CEOs are of the view that Ireland’s economy will improve in the year ahead.

“We have more people employed now than before the Covid-19 pandemic began, our exports remain buoyant, the FDI pipeline is strong and the public finances are in much better shape.  In particular, the State’s Exchequer returns released earlier this month revealed that VAT receipts for last year were 24 per cent higher than the total collected in 2020, reflecting the rebound in consumption as the economic recovery took hold.   Our budget deficit is smaller than forecast, and will be one of the smallest in the EU, while our economy is expected to show good growth in 2022.

“All of this gives confidence for businesses as they continue to deal with the lingering impacts of the pandemic. From conversations with clients, key challenges in Ireland are similar to those globally including cyber threats, health risks, macro-economic volatility and climate change. Talent shortages also have not gone away and inflation and cost pressures are building up.  However, Irish businesses remain resilient as they tackle the challenges and pursue opportunities for growth”

CEOs’ optimism is high for the most part, but they are also well aware of potential threats that could impact their companies over the coming 12 months.

Similar to last year, cyber and health risks rank as the leading global threats, identified by 49% and 48% of CEOs, respectively. Not far behind is macroeconomic volatility, with 43% of CEOs either very or extremely concerned about the potential impact of inflation, fluctuations in GDP and labour market issues in the coming year. Another major underlying concern is the ability to attract and retain talent – 69% of CEOs concerned about social inequality risks cite this as an impact, as do 62% of CEOs concerned about health risks.

From an industry perspective, cyber risks are top of mind for financial services CEOs, 59% of whom cited cyber as a key threat. Notably, manufacturing (40%) and consumer (39%) CEOs displayed lower concern levels about cyber, despite those sectors’ high volume of cyber attacks. It bears watching to see if this relative level of complacency reverses itself over the coming year.

Understandably, a high percentage of hospitality and leisure CEOs (75%) are concerned about the impact of health risks on their business. And 49% of energy, utility and resource CEOs see climate change as a key threat in the coming year,15 points higher than the percentage across all industries.

Bob Moritz said: “When CEOs look at the next 12 months, they are understandably concerned about potential threats to short-term performance that could result from disruptions, including macroeconomic volatility, cyber and health risks. While threats such as climate change and social inequality are further down the list, it is critical not to lose focus on these more long-term issues as they will define what sort of world we live in and hand down to the next generation.”

Udemy expands its EMEA HQ in Dublin with 120 new jobs 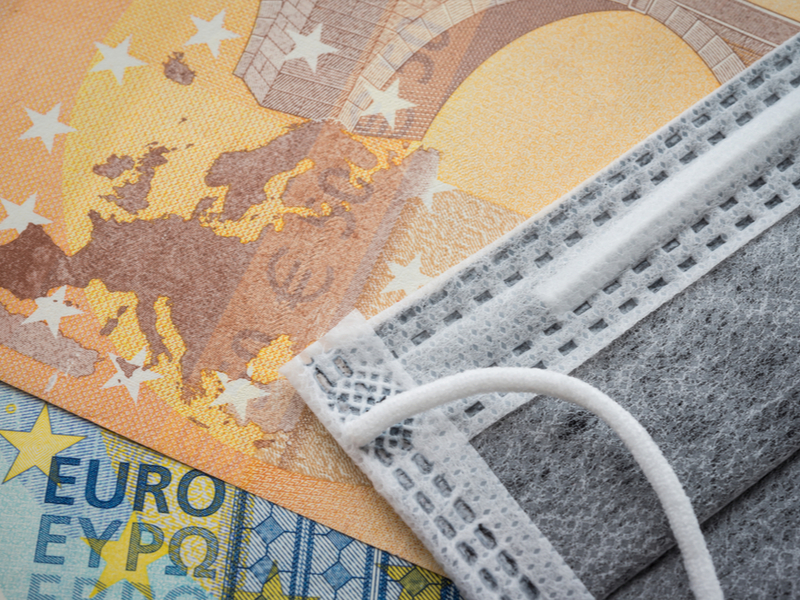 As well as tougher social distancing rules, the Government of Ireland has outlined more financial supports for individuals and businesses impacted by Covid-19. SME supports must be retained into 2022, urges PwC

PwC has called on the Irish Government to retain Covid supports such as the wage subsidy scheme until 2022 to prevent shocks for recovering businesses. Rising property prices and rents and work from home guidance are seeing many people leave Dublin.