Budget Day, rising costs and prices, along with emerging doubts over plans to fully lift the remaining public health restrictions made for an uneasy setting this month, according to the latest Bank of Ireland Economic Pulse.

And while the headline index was not much changed in October, consumer confidence slipped a bit.

“The October Economic Pulse presents a mixed picture. Consumers were more hesitant this month, with various worries, not least increases in the cost of living and the rise in virus cases, taking the shine off households’ mood.

“The business mood remained sanguine on the whole but that’s not to say that everything in the garden is rosy.

“This month’s research finds that uncertainty is hampering activity in sectors like hospitality and arts and entertainment for example, while firms in industry are grappling with supply bottlenecks and higher input costs, with adverse implications for export competitiveness,” she added.

“Various concerns, among them the rise in virus cases, tempered households’ confidence in October,” said O’Sullivan.

The Consumer Pulse came in at 77.1 in October 2021, down 4.0 on last month but 28.5 higher than a year ago. Households lowered their assessment of the economic outlook this month and were also more downbeat about their own financial situation.

The cost of living was very much on minds, with a further softening in buying sentiment evident in the October data – some 27pc considered it a good time to buy big ticket items versus almost a third during the summer – while the share of households expecting consumer prices to increase over the next year rose to a series high of 85pc.

“Business sentiment was steady this month, albeit not everything in the garden was rosy,” O’Sullivan advised.

At 90.3 in October 2021, the Business Pulse was up 0.2 on last month and 31.7 higher than a year ago. The Construction Pulse led the way this month, with the Industry and Retail Pulses also a little firmer. The Services Pulse slipped however, with many firms indicating that uncertainty about economic policy – in general and specific to the sector – is holding them back.

This month’s research also considered the ability of businesses to compete in foreign markets.

The results show some softening in competitiveness for firms in industry over the past three months, which is less to do with exchange rate moves (the Euro has been relatively stable against both Sterling and the Dollar) than with global supply chain disruption and higher costs (three in five are experiencing material and equipment shortages, while four in five have seen an increase in non-labour input costs).

“With too few properties available to buy, it’s something of a sellers’ market at present.”

The Housing Pulse stood at 118.8 in October 2021, down 0.1 on last month’s reading but 54.0 higher than a year ago. With factors like excess savings and the extension of the help-to-buy scheme adding to demand, four in five respondents expect house prices to increase over the coming 12 months. On the supply side, the October survey finds that 74pc now think it is a good time to sell a property. This is up from just 25pc during the first lockdown and points to a rebound in selling sentiment which bodes well for an uptick in activity in the second-hand market.

The results for October 2021 (three-month moving average basis) show that sentiment was up in Dublin and Connacht/Ulster but down in the Rest of Leinster and Munster. Momentum in the Irish economy builds

Businesses and households are more upbeat with the loosening of restrictions on social interaction inter-country travel, the latest Bank of Ireland Economic Pulse reveals. 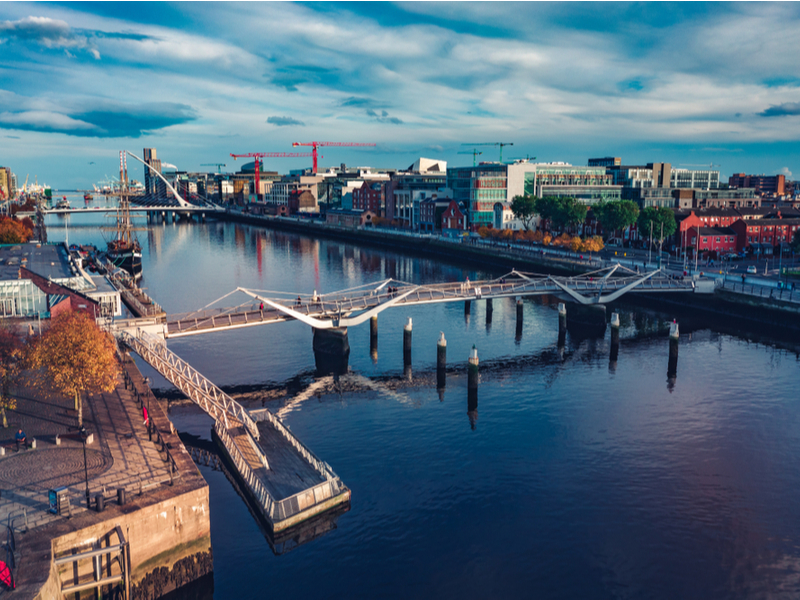 Households and businesses across the Irish economy are demonstrating a mood of cautious optimism, according to the Bank of Ireland Economic Pulse for July. Infrastructure top of firms’ minds with ‘return to office’

The ‘return to the office’ appears to have prompted re-assessment of infrastructure needs.